excerpt from The Magdalene Path 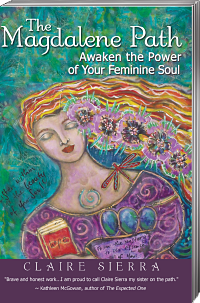 One morning, in that liminal space between sleeping and waking, I heard in my mind, “It’s time to end the Divine Divorce.”

As I contemplated this, I imagined it meant that by awakening the Divine Feminine we bring back the Goddess to God, the Holy Bride to the Bridegroom, and reunify the divine couple.

I got a glimmering sense of how that could impact humanity, but it was also unclear.

So I brewed a strong cup of chai, my favorite wintertime tea, and cozied into a chair in my bedroom alcove. The morning light was lovely. On those dark Pacific Northwest mornings, I gravitated toward all the brightness I could find.

As I settled in to my meditation, I felt lightness and calm come over me. After some time in silence, I called to Magdalene for our dialogue. This was her response:

Mary Magdalene: Greetings. We are delighted to meet with you. We have so much in store and are so excited to share it! We encourage you to continue to show up and see what emerges.

We are assuming you are aware that there are big changes ahead, not just for you but for many in your population centers. Not that we wish to scare you with thoughts of disasters, for we see greatness happening.

You were hearing us this morning when you realized that “it is time for the Divine Divorce to end.” God and Goddess need to be reunited. For many eons the professed “version” of Spirit that predominated in consciousness has been that of the Father God.

This was not the case in earlier Egyptian, Greek, or Roman eras, though even in those pantheistic cultures they, too, shifted through time to highlight the Gods while minimizing the Goddesses. Times were changing.

With the emergence of the Abrahamic religions (beginning with Judaism, then Christianity and Islam) the role of the male has predominated in the oral and written history.

We have elaborated previously on how and why this occurred. While it was all in the plan to eventually become re-balanced, it was never anticipated to take so long and for so much death, mayhem, and despair to occur in the meanwhile.

Your Bibles and sacred texts all speak volumes about the male God with his sons of various forms and faith. These are all good and true. As we have said, what is omitted is the female face of the Godhead, the Mother God.

Without the balance of the masculine and feminine, one form overtakes the whole and the power is off. As Father God is worshipped and Mother God forgotten, the essential yin-yang balance is askew and hierarchy is the result. This has evolved to nations and governments ruling strongly from the masculine, without consultation or partnership with the feminine. 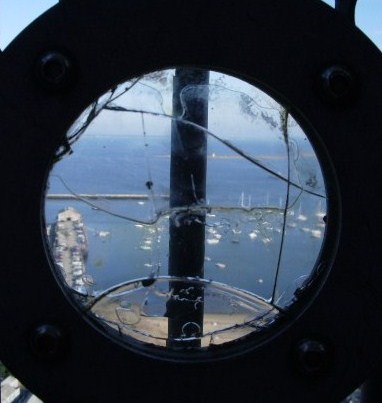 This is not only an outward process. It occurs on the inner levels too, as one balances the masculine and feminine aspects within one’s own being.

While each person has a gender, the fact that one is male does not mean that one has no feminine traits, or that they personify full masculinity.

And the opposite is true as well. There are many who are one gender outwardly, yet the opposite gender is dominant internally. Each would benefit from the balance so that one does not have to be so off-kilter.

So we encourage you to write more about the re-union of the masculine and feminine of God, the rebalance that leads to wholeness—the  ending of the Divine Divorce.

As I reflected on this message, I couldn’t help but notice how this was playing out all around me: in national politics, the environmental and lifestyle choices we make, even at the social and leadership levels in our local communities.

Could it really be that all the secular issues we face come from this inner mis-alignment, orienting towards the masculine God and denial of the feminine Goddess? Has this altered our internal self-knowing, resulting in generations of imbalance, low self-esteem, and abuse?

Somehow, there needs to be a shift so that women can embrace this Divine Self and honor the feminine, in balance with the masculine. Ours is a different dance.

We can embody the fullness of our Feminine Soul and voice a new vision of a whole, verdant, abundant, harmonious new Earth. How amazing that would be!

Claire Sierra, MA, LFT, is the author of The Magdalene Path – Awaken the Power of Your Feminine Soul ©. An Arts Therapist and True Purpose™ Master Coach, Claire has guided thousands of women who feel lost & confused about their purpose, to use creative arts to connect to their divine guidance for clarity & confidence about their true path. She’s led creative soul-centered workshops, retreats and private sessions for over 2 decades. To support greater re-connection she and her husband recently became proprietors of the Balch Hotel, a boutique destination retreat in the Columbia River Gorge, in Oregon. (visit www.BalchHotel.com) For free resources on your path, go to: www.MagdalenePath.com for sample chapters, meditations, audio interviews and more.

This site uses Akismet to reduce spam. Learn how your comment data is processed.

Unveil the Magic Within You 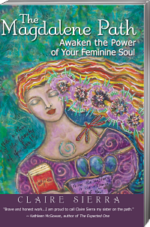 Read a FREE Chapter of The Magdalene Path